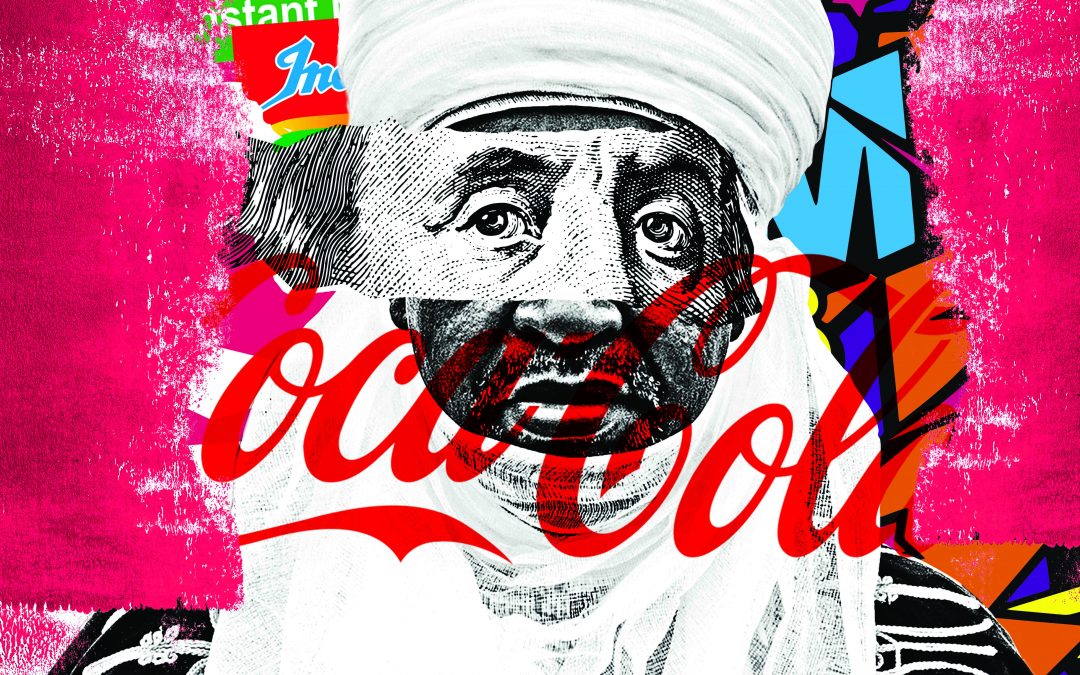 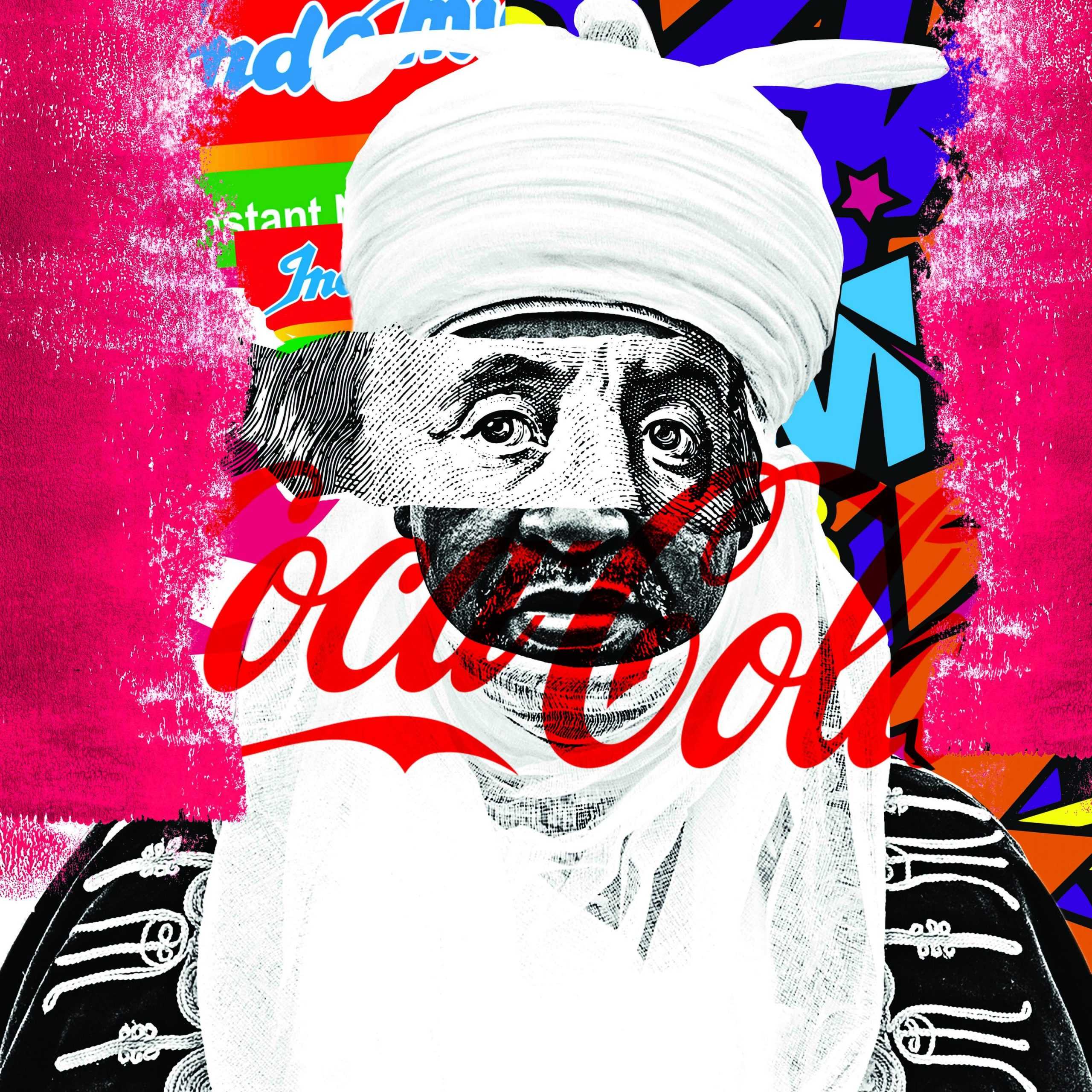 A mix between The Promise and Better Days, Chechet’s clever skill of collaging different elements shines brightly in a piece titled ‘Big Man’. The collage of a white and black man brings about discussion of colonisation and the unfortunate alienisation and destruction of the African culture. ‘Coca-Cola’ branding is smothered across the lips of the figure, making it somewhat difficult for the viewer to identify the darker skin tone that juxtaposes the eyes of an obvious white political figure. Clearly, Chechet is outlining an African and Nigerian history of cultural, political and societal colonisation, a history of being controlled by white men that try to induce ‘modernity’ with a western ideological lens. Compositionally, Big Man is very eye-catching and interesting to look at, the eyes in the centre of the piece immediately being the main focal point that distracts you from all other elements. It is a clever metaphor for a history that has been shaped by colonising foreigners.